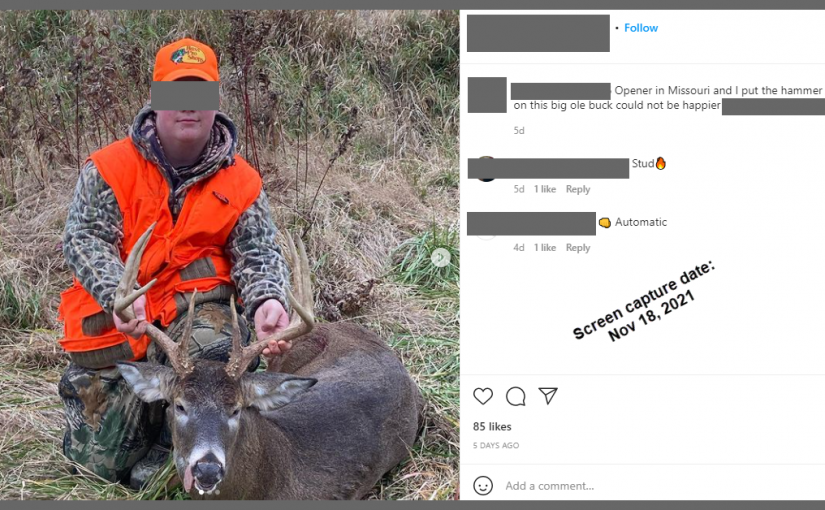 A report today from the Missouri Department of Conservation confirms: The Missouri boys who recorded videos of themselves enthusiastically cornering and beating to death with baseball bats several raccoons in what certainly qualifies for felony prosecution have been given… a good talking to.

Because the perpetrators of this vicious attack were juveniles, the Putnam County Court is unable to divulge the exact penalties levied, but Animal Help Now was able to confirm the boys were ordered to take a hunting education class, and that… appears… to be… about… it.

The boy who posted the video on social media just posted an image of himself with an animal he killed this month. So one presumes his hunting and social media privileges weren’t revoked.

This likely means he also didn’t lose his trapping privileges – a dreadful thought, considering many of these animals will be alive when he shows up, with no one around, to “dispatch” them.

The same is likely true for his buddies. A good talking to. If that.