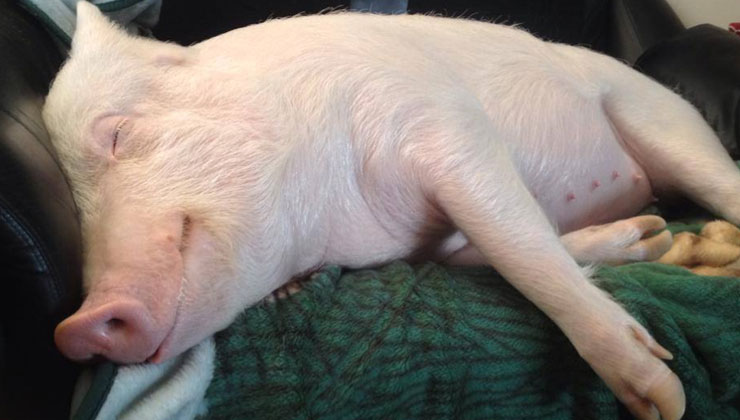 I’ve often thought people who support torture should submit to it. Not necessarily to the extent Christopher Hitchins did, but at some level. Stand in a cold shower for five minutes, or tear off a fingernail, or poke your armpit with an exacto-knife.

Of course, these actions hardly simulate torture, because you are in control. But they at least would provide one with a tiny little taste of the physical pain associated with many torture methods.

Pierce your armpit with an exacto-knife, and I’ll put some credence in your support of torture.

In my early years of animal activism, I developed a fantasy – a common one, turns out – of subjecting people to the same tortures they perpetrated on animals. If you forced animals to live in hopelessly cramped spaces, if you took their children from them, if you forced chemicals into their eyes or down their throats, I imagined doing the same to you.

Somewhere along the way – a good 12 years ago or so – I dropped the fantasy. It wasn’t good for me, carrying around that vengeance. And it wasn’t compatible with my compassion, my reverence for life, my love. And my faith in love, because that’s where my hope lies. In love.

If broadcast media are left leaning, if Hollywood is progressive, then why are torture, vengeance and capital punishment the tools/traits of so many of our fictional protagonists?

I can’t begin to answer that question, but I do think that books and TVs and movie screens are too often vehicles for fantasy retribution.

To make matters worse, this constant messaging makes it harder – and all the more important – to separate fact from fiction and to form our values and beliefs on reality.

We need to be able to defend our beliefs and take responsibility for our actions.

The smart trade of years is wisdom. One of the advantages of getting older is freeing ourselves from fantasies that not only don’t serve us but in fact disserve us – and disserve, or much worse, others.

Acknowledgements (paraphrasing here and there)
Socrates: The unexamined life is not worth living.
Shaw: Tradition will accustom one to any atrocity.
South: Walk a mile in my shoes.
Steve, Derek, and Esther: Esther the Wonder Pig (EstherTheWonderPig.com).
Esther photos: TheThinkingVegan.com, LushUSA.com, HuffingtonPost.ca