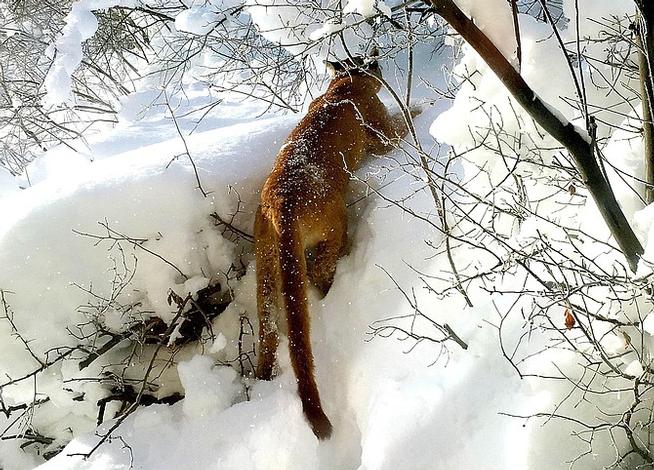 On December 27, Colorado Parks and Wildlife killed a juvenile male mountain lion in Steamboat Springs ostensibly because he was fearless and preyed upon a family’s dog.

I say “ostensibly” because I really can’t rely on Colorado Parks and Wildlife (CPW) to tell me the truth. And although I despair at saying this, I can’t count on the media to do so, either.

In the case of CPW, communications are very carefully crafted to further the agency’s hunting and fishing goals and to maintain the illusion that there’s a firm line distinguishing humans from the other animals on the planet.

As to the media, they’re simply not serving their historical role as protectors of democracy and watchdogs of government. They thrive on conflict, they are politically and monetarily influenced, and the role of editing and cautious reporting has been virtually eliminated by the 24/7 news cycle.

CPW’s media release on the tragedy is really quite telling for a reader with a critical eye. Certainly the most galling element of it is the use of the word “euthanasia” to describe the killing of the lion. Euthanasia (Greek: easy death) is the act or practice of killing individuals who are hopelessly sick or injured. The common synonym is “mercy killing”. It doesn’t take a critical eye to see that this killing was not done to a sick or injured animal, nor did it involve mercy.

Perhaps as appalling was CPW’s contention, right there in the headline of the release, that the mountain lion was “fearless”. Really?? Who’s to say? Perhaps he was terribly scared. That sort of wild assertion is reckless for an agency that claims to be science based.

But the Steamboat Pilot played right along. The lead: Maison was a sweet, crazy, lovable and protective dog for the Kortas family of Steamboat Springs.

What? As opposed to the vicious killing machine? For all we know, the mountain lion was sweet, crazy, lovable and protective, too.

When the release was written, CPW knew the mountain lion was male, but the agency, as usual, used “it” rather than “he” (or “she”) to refer to the animal. This isn’t a small point when viewed in light of the larger issue here.

There’s also CPW’s near-hysterical language. The area wildlife manager is quoted by CPW as stating, “Our priority is human safety. Small children in the area and the animals [sic] unwillingness to relocate demonstrated profound risk.”

I wish they’d have said more about that profound risk, because to my knowledge, only three people have been killed by mountain lions in Colorado over the past 100 years, and only one of them was not an adult. Mountain lions aren’t interested in humans as prey.

And of course both the Steamboat Pilot and the Denver Post, and probably every other media outlet that carried the story, simply regurgitated CPW’s contention that the killing of the mountain lion was euthanasia.

For what it’s worth, I have asked the Denver Post reporter and her editor to be more careful with their use of the term “euthanasia” and to be more diligent in their roles as guardians of the language.

As to Colorado Parks and Wildlife, if the agency truly believes killing a mountain lion who has killed a dog is justifiable, then let’s call it just that – we killed him – and do away with the disingenuous language.