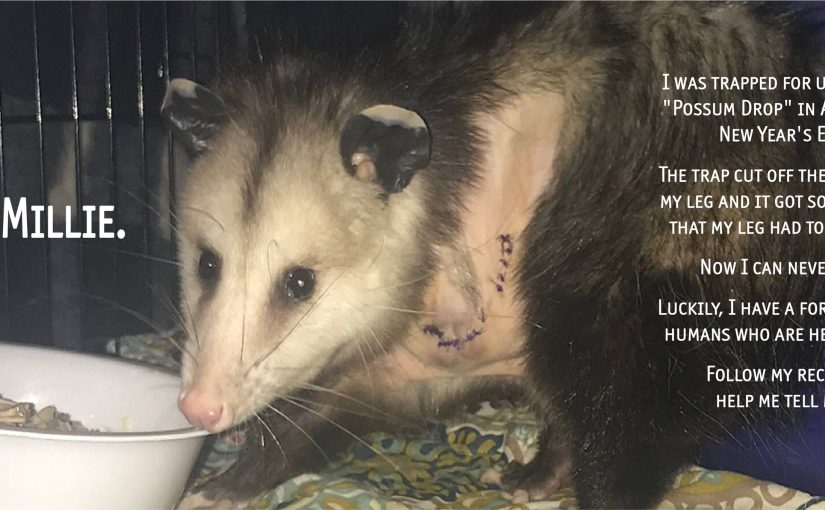 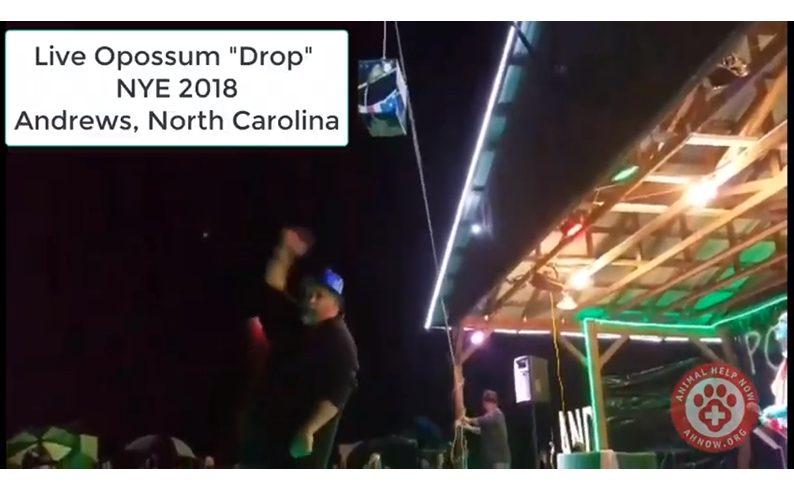 Note: For an update on Millie, the opossum referenced below, and on the “opossum drop” itself, see our Nov 2019 blog, here.

Our hearts go out to the little one who was abused as this sad public “tradition” continued.

In his or her honor, I’ll humbly suggest we all think hard about how our own behaviors – our private “traditions”, perhaps – might harm others.

Is our own entertainment truly cruelty free? Any circus involving animals is not. Nor is any zoo or aquarium. Any movie involving actual animals likely was unpleasant for them; many have been downright cruel or indeed deadly.

The food that sustains us? Are we eating in a way that causes the least harm, to both animals and to the planet?

Our household products? Are we still buying products “tested” on animals? They’re certainly still being produced!

Our investments? Are we supporting companies that exploit natural resources?

Are we cutting back on plastics? Even just a little?

In a room full of antagonists (say, NYE revelers), the persecuted protagonist (opossum) is easy to spot and easy to sympathize with.

Profound change starts with the more difficult recognition of when we ourselves are causing problems. And profound change can be gradual. A little less meat in our diets. A reusable drink container. A little more attention paid to our animal companion…

We have a whole year to stop the next opossum “drop”. Imagine all the other positive changes we can make during that time!