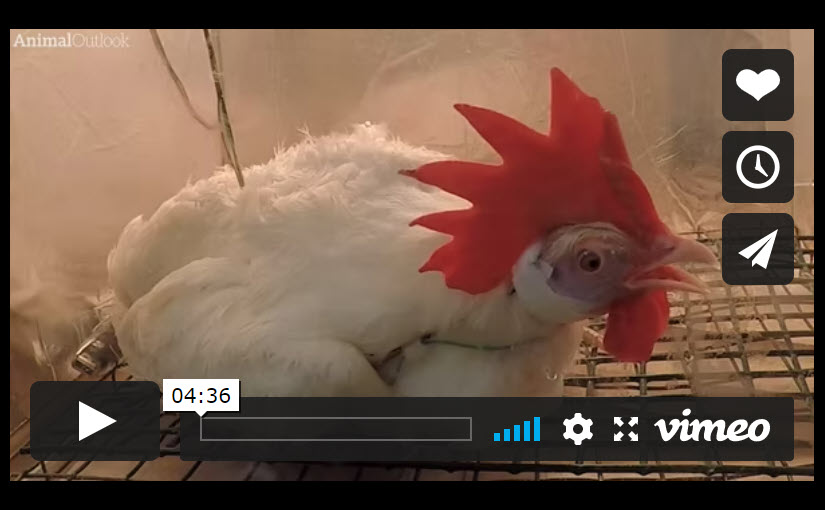 On Mother’s Day we at Animal Help Now (AHNow) think not only of our own mothers, but of all mothers. And that’s not just humans. Nor just wildlife.

AHNow follows vegan and low-impact principles in its purchasing policies and promotes them in its messaging. These principles are the best we have for protecting all life.

Today it seems only right to shine on a light on the recent (March 2022) cruel slaughter of 5.6 million laying hens at Rembrandt Farms, in Iowa, due to the latest outbreak of avian flu.

The birds at Rembrandt were culled using a system known as ventilation shutdown plus (VSD+) in which air is closed off to the barns and heat pumped in until the temperature rises above 104F (40C).

They cooked these birds alive.

A Rembrandt worker involved in the slaughter, according to The Guardian.

Animal Outlook used freedom of information laws to obtain records of experiments at North Carolina State University that show that VSD+ causes “extreme suffering” to the hens as they “writhe, gasp, pant, stagger and even throw themselves against the walls of their confinement in a desperate attempt to escape”.

Not one single animal should die like this at the hands of humans. When it happens to millions of animals at once, in the name of expediency and profit, it is a crime against nature, a complete abandonment of humanity.

But this level of cruelty is what it takes to make a person such as Rembrandt owner Glen Taylor wealthy enough to purchase an NBA team. When you ruthlessly exploit both workers and animals, you can make a lot of money.

May today remind us of the importance of a mother’s love and the priceless value of kindness and compassion.