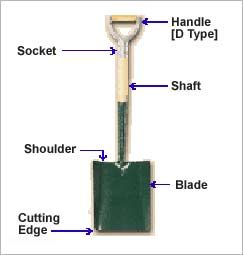 Euthanasia is defined as a kind death, generally applying to animals outside our own species, mostly to our animal companions, whom we deem to no longer have (or to soon no longer have) an acceptable quality of life, due to injury, illness and/or advanced age. Euthanasia is mercy killing.

Another “eu” word is euphemism, defined as the substitution of an agreeable or inoffensive expression for one that may offend or suggest something unpleasant.

People are using euthanasia as a euphemism so often that now we’re starting to see the term humane euthanasia. Please. No.

I’m almost more saddened by humane euthanasia than by the euphemistic use of euthanasia. Almost.

To the quiz. Do the authors of the paragraphs below use the term correctly?

Raccoons are listed in the Oregon Department of Fish and Wildlife’s “furbearer” category, along with red/gray foxes, otters, beavers and bobcats. A permit is required from ODFW in order to capture and euthanize any of these animals on your property. Homeowners can also contact a licensed wildlife control operator to remove and euthanize the animals. Excerpted from What to do about uninvited diggers in the garden.

The bobcat, who’d been wounded in an encounter with a vehicle, was later euthanized humanely by Colorado Parks and Wildlife, which then used the story as a Twitter reminder of how not to let your best intentions get in the way of your common sense. Excerpted from Bobcats in Back Seats and Other Bad Choices Around Colorado Wildlife.

As soon as it can be determined that sick or injured wildlife is not likely to recover within 180 days, it must be euthanized, unless prior Division approval is given for extended care, provided further, however, that the Division may authorize the transfer of any raptor determined by the Division to be recovered, but non-releasable, to any person in possession of a valid federal permit issued for the express purpose of conducting conservation education. Excerpted from an exemplary (in the second sense of the term) state wildlife agency regulation.

Life was good for everybody until she broke into that building. Who knew there were rules? Humans. Grizzlies have been protected since the 1970s. We have rules about keeping our properties clean, but nobody holds us accountable. “Windfall” paid the price because this time, we didn’t. Our bear resistant garbage cans weren’t locked. We were too proud to install electric fences so Windfall would have been wary. What were we thinking? On the day that officials euthanized Windfall, we cried. Some of us are still crying. Excerpted from Swan Valley residents mourn loss of grizzly bear family.

The rate of cats and dogs euthanised in RSPCA shelters has dropped by about two thirds since 2000. Excerpted from Cat and dog euthanasia rates slashed as rescue culture and ‘fur babies’ on the rise.

Quiz Answers: Not one of the above uses the term correctly.

Just the same way we can speak up when we hear humans use animal references to insult one another – They say, So-and-so is a pig! We respond, I’ve never met a pig I didn’t like! –  it’s important that we keep ourselves and others honest and mindful about what is a mercy killing and what is not.

Let me be very clear. As a rule, the people who are tasked with the actual killing of healthy animals are not at fault. Shelter workers, wildlife rehabilitators, and veterinarians, among others, end up with the terrible task of killing healthy animals because they’ve stepped forward to do their best to help any animal they can, and they’ve done so in a society that treats animals poorly.

The shelter workers, wildlife rehabilitators, and veterinarians, the sheriff deputies and other law enforcement officers who must shoot the injured deer by the side of the road because they have no options: they are to be thanked and honored, they are to be treated compassionately, they are to be supported, they are to be given access to mental health professionals who can help them deal with the stress and trauma of their work.

Societal changes are required and overdue. We need to value other species much more than we do. We need to treat all animals with respect. We need to work harder to eliminate anthropogenic threats to animals. We need to direct more resources to wildlife rehabilitation, animal shelters, and rescues.

And we need a term for the kind death of an animal who shouldn’t have to be killed. I don’t know what that would be. Humane killing, perhaps? Situational euthanasia? Malthanasia? Dysthanasia? At least according to my dictionary, the term is definitely not euthanasia in and of itself.

When euthanasia is used euphemistically, it is almost always hiding the “unpleasant” fact that human action or inaction or incompetence led to the killing.

Until we face this fact, until we call this spade a spade, the inexcusable killing of healthy animals due to a lack of political will or resources will not receive the public attention it so desperately deserves. It is only through such attention that we will eliminate this gross injustice.

4 thoughts on “Euthanasia: The Quiz.”