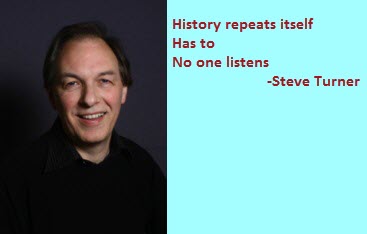 People advocate for animals in so many different ways, but ever popular is the protest. Make some signs. Alert the media. Congregate. Educate.

Actually, protests went out of favor following 9/11. If you were objecting to pretty much anything happening in the United States, you were labeled anti-American. No surprise that the media played along.

But protests are back. And that’s a good thing.

What’s not so good is that young advocates – certainly in the animal rights movement but probably in many movements – fail to avail themselves of the knowledge and experience of those who stood on protest lines before them. And to some extent, that those who have gone before fail to share their wisdom with their successors.

Not that the predecessors were infallible. Far from it. They made many mistakes. That’s the idea here. Let’s learn. Let’s register our lessons. Here are a couple.

Focus on the Common. If I’m an animal counting on you to free me, and you’re letting some petty disagreement with a colleague consume your time and focus and energy… well, thanks but no thanks. You’re failing.

Remember that handy fact we activists have wielded so consistently to advance our cause – the fact that humans and chimpanzees share 96% of their DNA? In the animal activism world, two people can share 96% of their philosophies, but the 4% that divides them – say one believes feral cats should be trapped and killed and the other believes feral cats should be trapped, neutered and released – this 4% is all too often what’s focused on. To the point where those two activists may never speak to one another again.

Do you understand what I’m saying? If we want people to focus on our 96%, we better learn to focus on the 96%.

Share the Wisdom. A recently created advocacy organization held a four-hour protest last weekend regarding a municipality’s plan to kill prairie dogs. That’s a good thing to protest. But four hours is too long. It spreads thin the turnout, which makes less of an impact in whatever media coverage they get. Plus it burns out the activists.

Love. Participants also engaged in unpleasant exchanges with passersby. That’s not what the animals need. They need constructive exchanges. It’s pretty obvious when someone is trying to provoke a protester. It’s the protester’s job to not engage. It’s the organizer’s job to ensure the protesters know this.

Think Big (Picture). Animal advocacy doesn’t happen in a vacuum. And the roots of animal suffering feed many other injustices. Poverty. Environmental racism. Habitat loss… The best hope for the animals is that we advocates recognize this. It’s tremendously empowering. Ours are not voices in the wilderness, after all.

Fortunately, many good books have been written on effective advocacy. Here‘s a nice selection.

What did us older activists learn from decades of prairie dog advocacy? A lot. Way too much to go into here. But we do need to organize that information and get it in front of the right people.

It’s time for the animal rights movement to grow up. It’s time for each of us to do a little accounting and figure out what we can do better. So many animals have suffered because of our hubris and ineptitude. That has to stop. We’re better than that. And our cause is just!