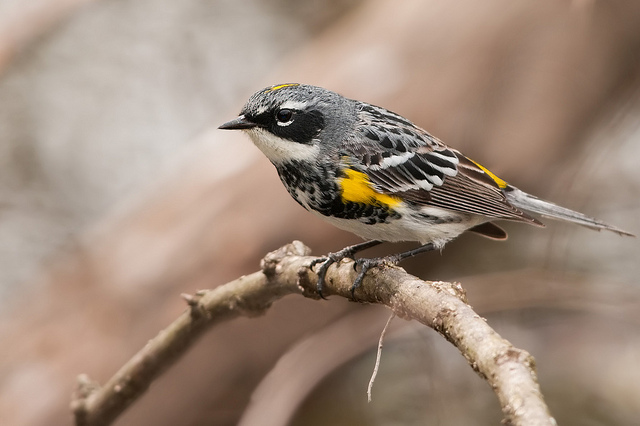 Your first clue that a bird in the road is alive is she’s moving or upright. Last week I was traveling with a friend on a highway in northeastern Iowa. I saw that dreaded “object” on the shoulder ahead, and as we approached I discerned a bird, and then I saw she was upright, just a foot or two from the road.

We pulled over, and with t-shirt in hand I approached her, positioned myself between her and the road, and quickly captured her. A cardinal. Beautiful, she was, with her telltale tuft.

Open your app, I said to my friend – an AHNow supporter. But he had removed it, so we opened it on my phone. The nearest help was across the Mississippi in Wisconsin. The person who answered the phone said she couldn’t accept birds from across state lines.

And then I noticed the spot of blood on the t-shirt. She was bleeding slightly from her mouth. I googled “emergency vets” but the nearest one was a half hour away, in Minnesota. I called. The receptionist said by law Minnesota veterinarians cannot accept wildlife. We kept driving, unsure of our next move.

But then the bird went limp. Her eyes showed no life. She was dead. We pulled over, and I placed her beneath a tree away from the road.

What was her story?, I wondered. Did she have a mate? Had they been together for a year? Two years? Five? Did she have dependent young in the nest she’d built with him? Was he still alive, or had he also been killed on that treacherous path?

And what to make of the experience? Well, first, the Animal Help Now app takes up about as much room on a phone as a few photos do. (My friend had removed the app in a misguided effort to save space. He has since reinstalled it.)

The incident also further confirms what we already know:

It’s probably also true that several people chose to drive by that helpless bird, feeling they probably could do nothing. I’m not certain that my intervention didn’t add stress to the bird’s last half hour of life. I can only hope she sensed my intentions.

Less than a week later I had a very different experience. Driving in Colorado Springs on busy Delmonico toward busier Rockrimmon, I noticed a tiny bird in the middle turn lane of the five-lane road. Again, this bird was upright, meaning I should act fast.

I stopped my car, grabbed a cloth napkin that just happened to be within reach, got out and walked carefully toward the little bird, approaching from behind. Somehow all five lanes were quiet. I dropped the napkin over him, picked him up, and walked toward the nearest trees.

He seemed OK. Just young. No sooner had I set him down on the grass a safe distance from the road than his father appeared, landing right next to us. I backed off quickly, seeing his mother also alight as I did. If he can just fly, I thought, things are going to be fine.

I scooted back to my car to get my phone for a picture, but when I returned – not 20 seconds later – everyone was gone. Just a little talk from the trees was all that remained.

It was the perfect rescue. So very very different from the likely outcome had an observant and compassionate person not come along. I didn’t need Animal Help Now on this one. But I probably will on the next.